Pushing it out of the Way: Interactive Visual Navigation

In this paper, we study the problem of interactive navigation where agents learn to change the environment to navigate more efficiently to their goals. To this end, we introduce the Neural Interaction Engine (NIE) to explicitly predict the change in the environment caused by the agent's actions. By modeling the changes while planning, we find that agents exhibit significant improvements in their navigational capabilities. More specifically, we consider two downstream tasks in the physics-enabled, visually rich, AI2-THOR environment: (1) reaching a target while the path to the target is blocked (2) moving an object to a target location by pushing it. For both tasks, agents equipped with an NIE significantly outperform agents without the understanding of the effect of the actions indicating the benefits of our approach. 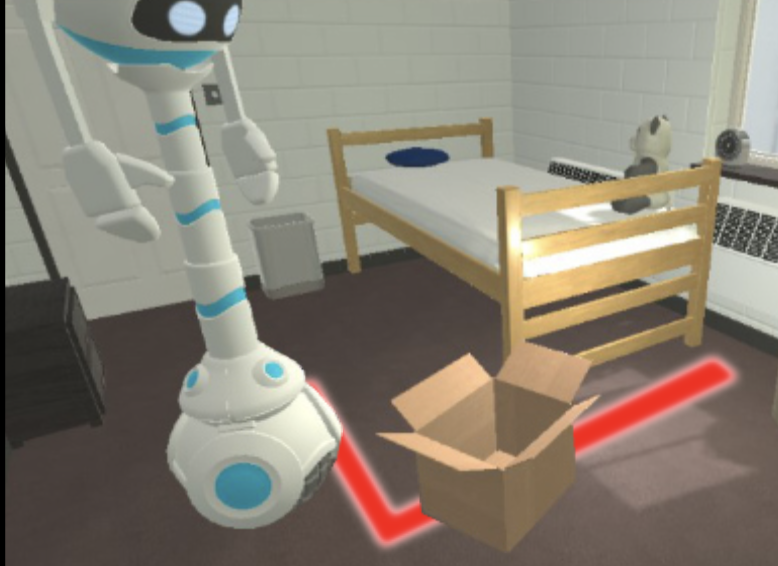 Pushing it out of the Way: Interactive Visual Navigation